Primarily a game shot Paul came late to competitive clay shooting, in his 20s, discovered Olympic Skeet in the USA ( in those days an unlikely places to discover an Olympic discipline!) and made the GB team in that discipline just 9 months later. He competed with the team around the world, including in Commonwealth and Olympic Games, winning medals at national and international level, until he retired from competition 12 years later.

Following retirement he was immediately sought out by shooters wishing to be coached in the Olympic Skeet discipline. He has subsequently taught that discipline worldwide, to teams and individuals. Besides Olympic Skeet he continues to teach Sporting and game shooting. 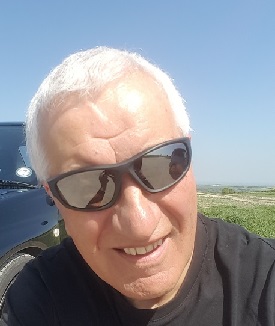 In 1997 he invited a group of leading UK shooting coaches to a meeting at Edge Hill Shooting Ground, the aim being to discuss the possible formation of a new association for professional coaches. They quickly agreed to form the Association of Professional Shooting Instructors and by early 1998 the APSI came into being. It attracted many of the leading UK coaches to its membership, and now in 2019 the APSI has over 450 members, including some of the best-known names in game and clay shooting coaching.

In 2002 the APSI launched its coach training courses to great acclaim and these have expanded to include just about everything a coach will ever encounter, and some that most coaches never will!

In 2017 FITASC appointed the APSI to run instructor courses on its behalf, a considerable accolade.The first course, held in 2018, attracted participants from 7 different countries.

The purpose of this website is to explore some new and not so new coaching and shooting ideas: hope you enjoy it.

If you are interested in investigating lessons or need a gun fitting, Paul can be contacted at pb@totalshooting.com